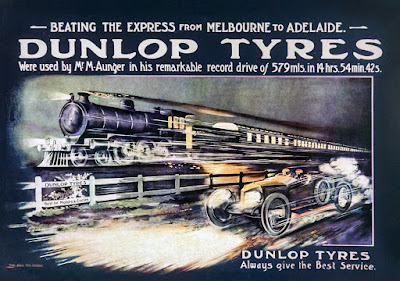 This poster was produced as an advertisement for Dunlop tyres when Murray Aunger raced the  Overland train by car between the two cities.  An average speed of 38.6 mph (62 km/h) is nothing today, but at the time the poor state of the roads would have made it a notable feat. 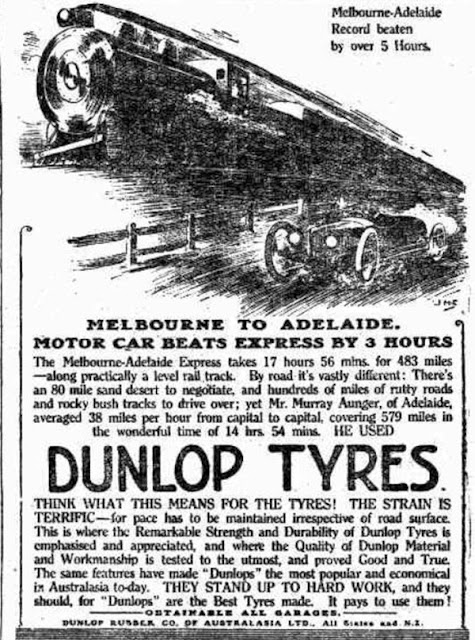