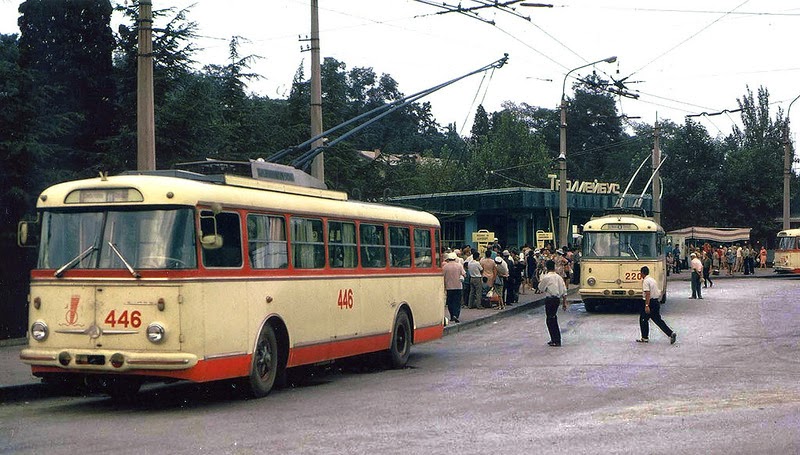 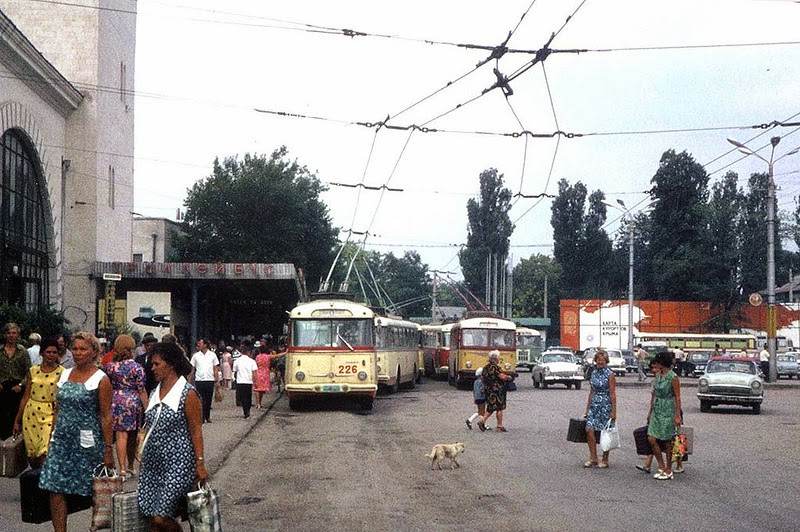 Until a few weeks ago Crimea was in Ukraine, now Russia. The 86 km (53 mile) trolleybus line was built in 1959 as an alternative to extending the railway line from Simferopol over the mountains to the coast.

It opened in two parts: Simferopol–Alushta in 1959 and Alushta–Yalta in 1961. The journey time to Alushta is about 1½ hours, to Yalta about 2½ hours.  It goes across the Angarskyi Pass, reaching 752 metres (2,500 ft) altitude at the highest point, then descends to the resort town of Alushta on the coast. The remaining distance to Yalta is 41 km (25 miles) and winds around the mountains above the sea.