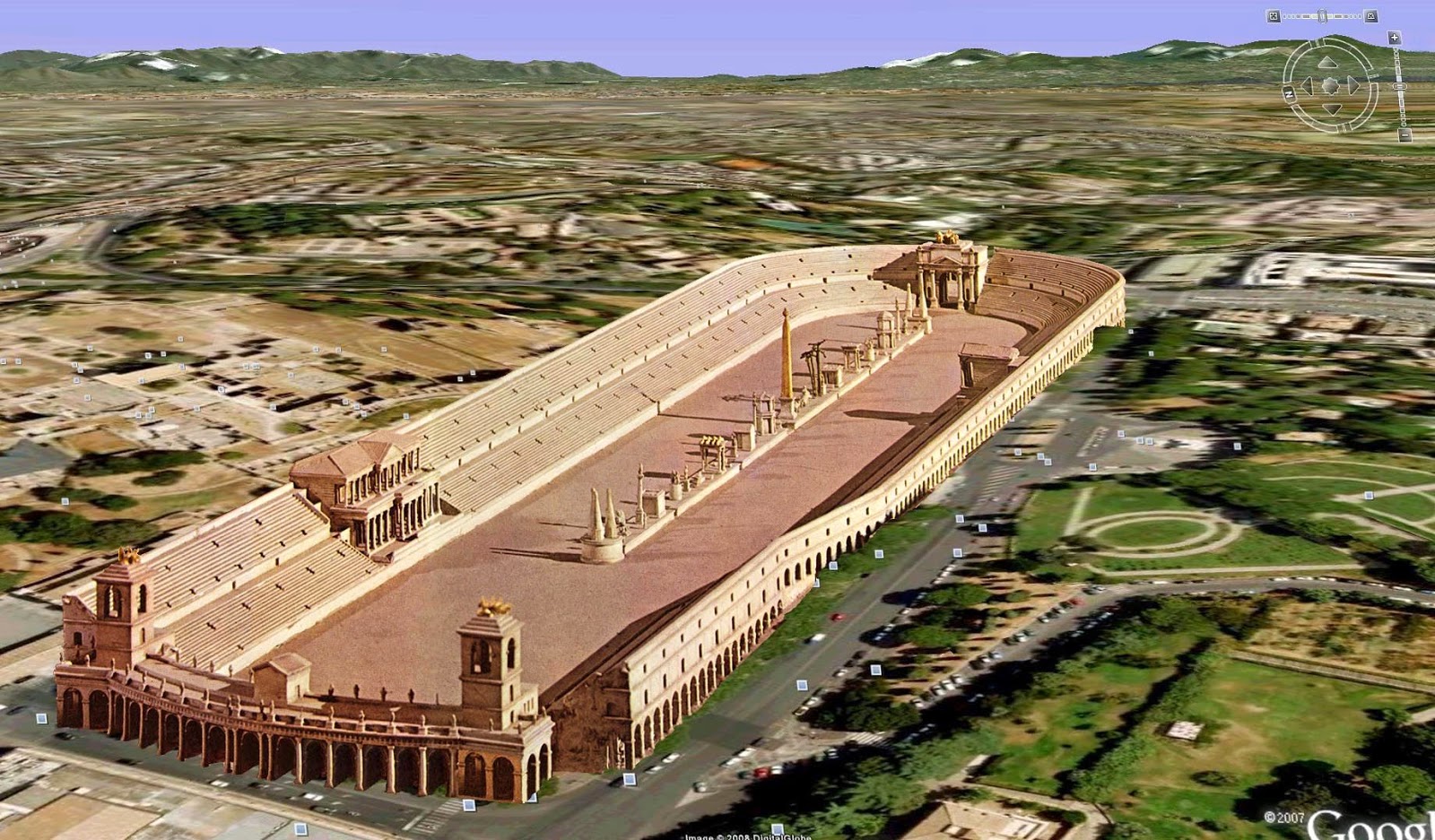 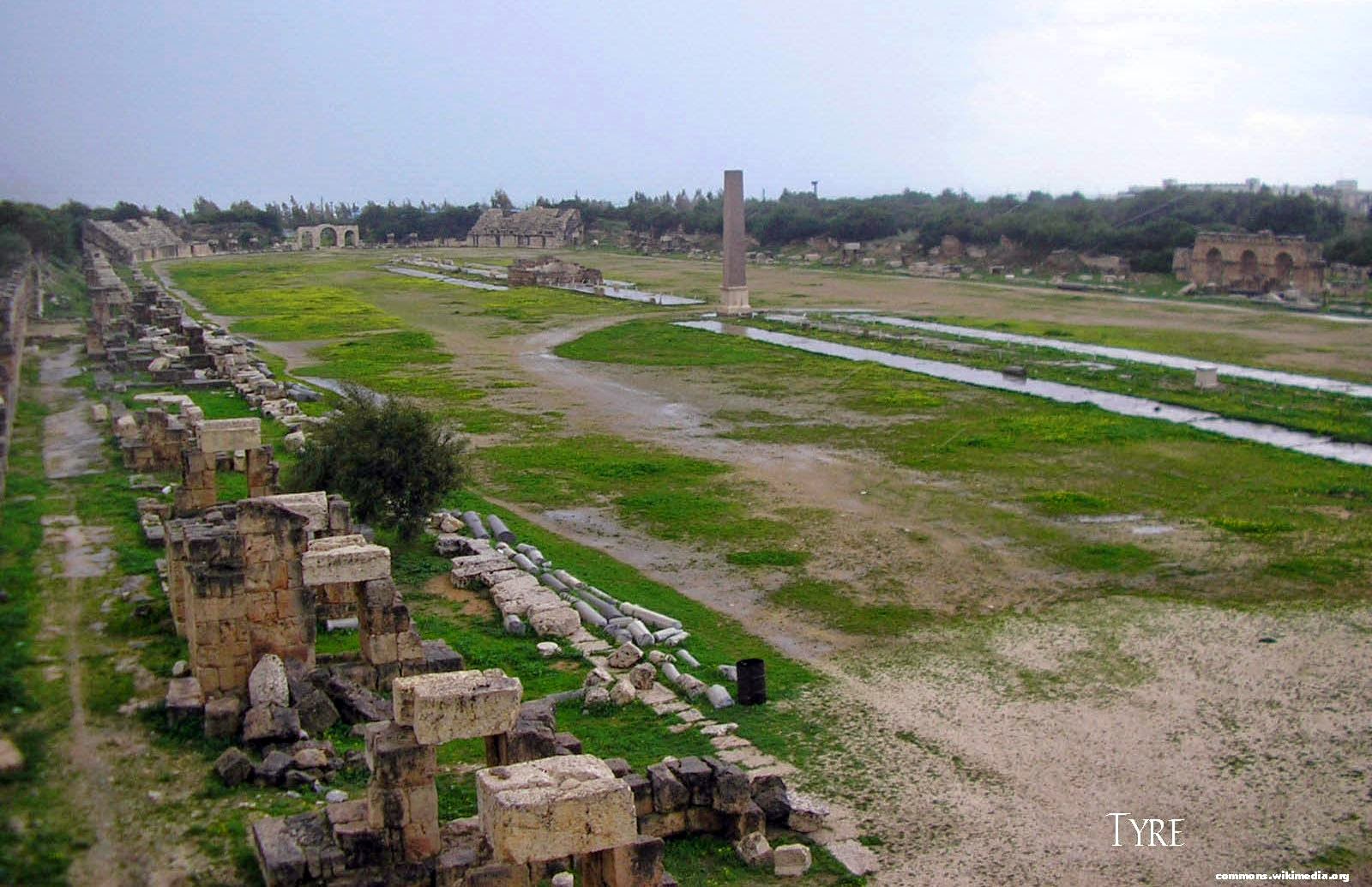 The Circus Maximus in the valley between the Aventine and Palatine hills was the first and largest stadium in ancient Rome and its later Empire. It measured 621 metres (2,037 ft) in length and 118 metres (387 ft) in width, and could accommodate about 150,000 spectators. In its fully developed form, it became the model for circuses throughout the Roman Empire. The last known races there were held by Totila in 549 AD. The site is now a public park.  (Google Earth and wikimedia pics)