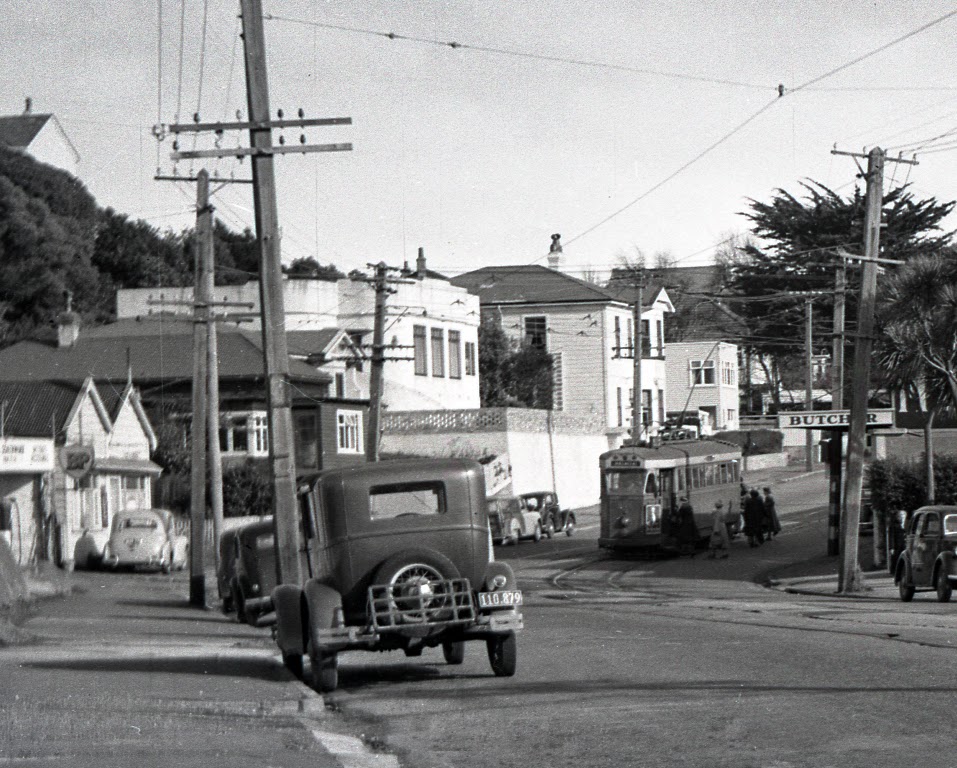 In reference to the post of 3 August 2011 with a painting, we have received an e-mail from the artist (it can take a while for folks to stumble across our site) attaching the photo above showing the scene circa 1945 with the comment below.

Even accepting this, the inclusion of a VW Beetle in the painting is questionable as NZ assembly of VWs didn't begin until the same year (1954) that the Karori tram line was closed and trolley bus operation began. Geoff Churchman says he is very familiar with the scene as he grew up in Nottingham Street in the 1960s-1970s and caught the bus where the car on the right is parked for about 20 years.  The service station on the left of the photo was rebuilt in the 1950s.