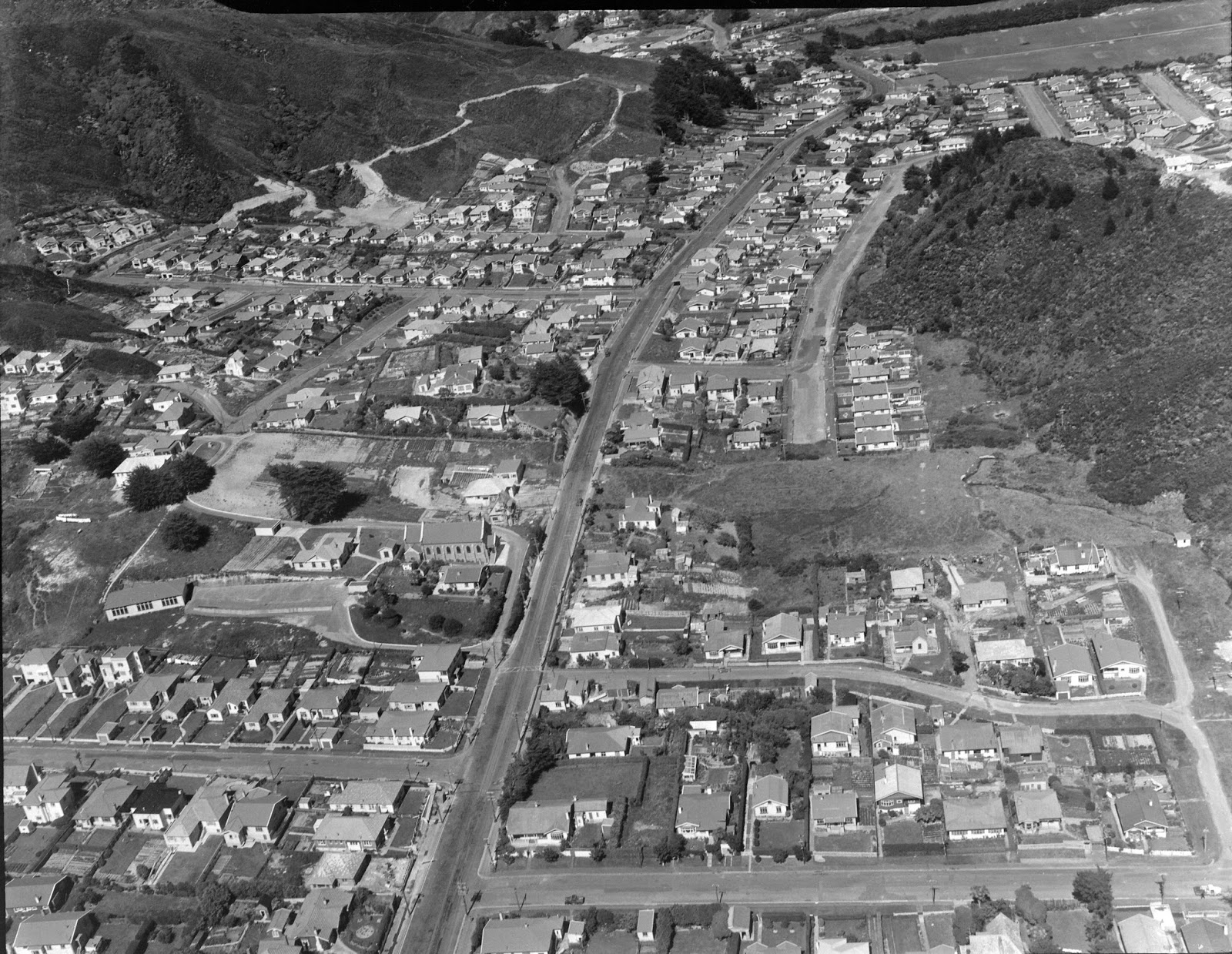 While on the subject of Karori trams, this aerial view by Whites Aviation from December 1947 shows one by the intersection with Tringham Street in the upper part of the photo.  Unfortunately, it won't be too visible on this blogspot page as blogspot compresses all pictures above 1600 pixels down to that size, and you need to see the 4000 pixel original.

Irrespective of that, the more interesting aspect of the pic is the general lack of traffic.  Despite being over 2 years after the end of WW2, petrol (gasoline) rationing was still in place, and private car ownership wasn't extensive because of government import controls and high taxes; the latter situation didn't change until the early 1960s.