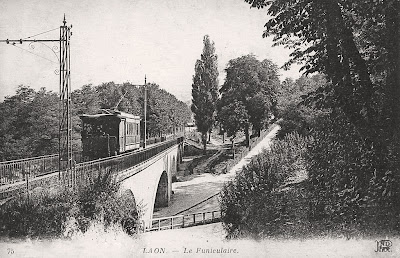 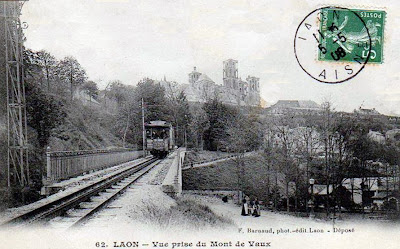 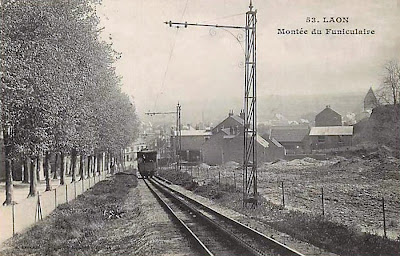 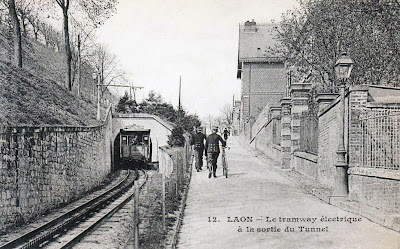 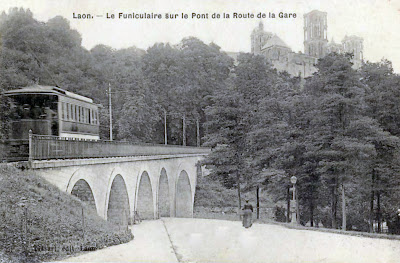 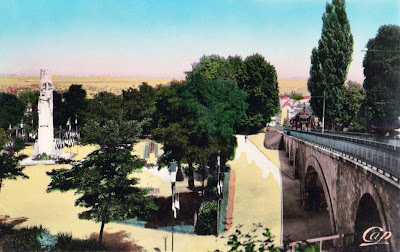 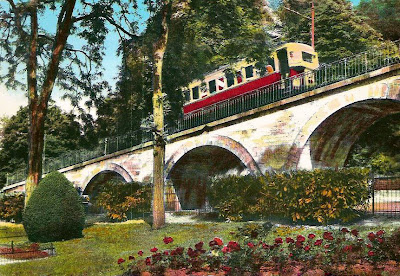 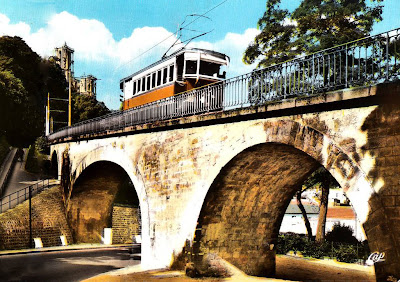 This was inaugurated on 9 July 1899, and was about 1.5 km in length climbing a height difference of 98 metres. It was damaged in WW1 and repaired, but was closed on 27 January 1971 for safety reasons. Despite being officially called a funicular it was a cog wheel railway powered by an overhead trolley wire.

A new 'mini-métro' (Poma 2000), mostly elevated, was put into operation to replace the old funicular in 1989, operated by the Transports urbains laonnois (TUL). The name Poma 2000 comes from the society which conceived it: Pomagalski (created by Jean Pomagalski, specialised in transport by cable, particularly ski lifts).