the Schneekoppe on the giant mountains 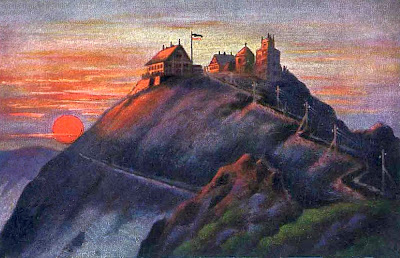 This also looks like something out of Tolkien, but despite the artistic licence, is a real place.  The Riesengebirge or Giant Mountains was shared between Germany and Czechoslovakia until 1945, since then between Poland and what is now the Czech Republic, named respectively as Karkonosze / Krkonoše (same pronuniciation).