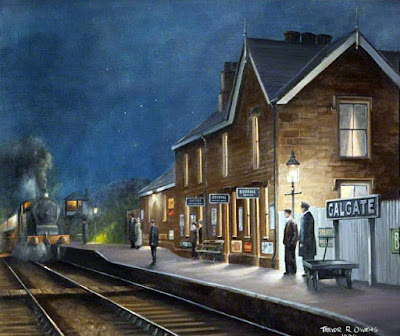 This painting of Galgate Station by night, showing the platform and a train approaching from the left. It was painted to celebrate the 150th anniversary of local railways in Lancaster. Galgate was one of six stations on the original line from Preston to Lancaster and opened in 1840, but closed due to failing demand in 1939. The station buildings were later demolished. (Source)
at 9:10 AM