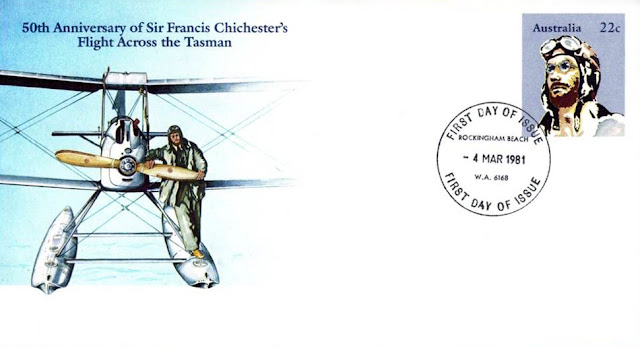 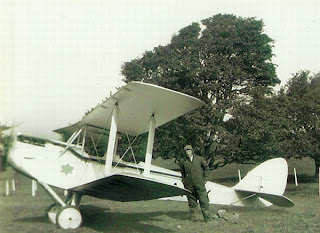 Francis Chichester (1901-1972) was the first person to fly solo across the Tasman Sea from New Zealand to Australia, albeit not non-stop. He was born and raised in England but came to NZ after WW1. After returning to England in 1929 to visit family, he took flying lessons at Brooklands, Surrey, and became a qualified pilot. He then took delivery of a de Havilland Gipsy Moth aircraft, which he intended to fly to New Zealand, hoping to break Bert Hinkler’s record solo flight back to Australia en route. Mechanical problems meant the record eluded him; however, he completed the trip in 41 days. The aircraft was then shipped to New Zealand.
Finding that he was unable to carry enough fuel to cross the Tasman Sea non-stop, he had his Gipsy Moth fitted with floats, borrowed from the New Zealand Permanent Air Force, and went on to make the first solo flight across the Tasman Sea from East to West (New Zealand - Australia.) He was the first aviator to land an aircraft at Norfolk Island and Lord Howe Island. Again, the trip was delayed: after his aircraft was severely damaged at Lord Howe, he had to rebuild it himself with the help of islanders.
As well as flying, he later became known for solo sailing exploits.
at 2:06 PM

My novel is called Gipsy Moth and is about a girl who wants to fly to Australia like Amy Johnson. When people see the title, they ask if it's about the boat, but I say no, the plane.
But obviously in this case, Sir Francis Chichester's Gipsy Moth was equipped to float as well!