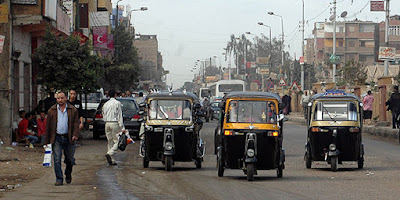 The news was announced through Egyptian Prime Minister Mostafa Madbouly who instructed the current government to start the ambitious programme, as per Al Ahram.

It is expected that the Ministry of Finance, headed by Mohamed Maait, will fund the project which aims to not only provide job opportunities, but also clear Egyptian streets from reputed ‘unlicensed’ and ‘unsafe’ tuk-tuks. Tuk-tuks, also known as auto rickshaws, are a common mean of urban transportation in various countries such as Nigeria, China and South Africa among others.

The inexpensive mean of commuting penetrated the Egyptian market in 2006 until its growing number reached more than three million in 2018.

They prove to be particularly popular in heavily dense residential areas with little alleys and streets as well as areas that are lacking the underground [subway] or public bus system.