construction of the Alexandria Metro, Egypt, to start in October 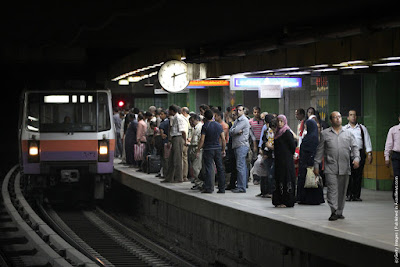 More than 20 years since the idea first arose, the underground ‘metro’ system in Alexandria will begin construction by October says Abdul Aziz Qansua, Governor of Alexandria.

The news, stated by the governor himself at conference organized by the Alexandria Regional Center for Women’s Health and Development, also revealed that the estimated cost of the project could reach US$ 1.5 billion.

The governor highlighted that the final designs of the project have been finalized and reviewed which was an important step prior to the signing of contracts to lay the foundation stone of the project’s construction.

Set to be executed by a Chinese company, the underground system is a new and anticipated mean of transportation in Egypt’s second largest city.

It is expected to run from the city’s innermost eastern point at Abu Qir to Borg Al Arab in the west, passing by the city’s most important and populated stations, with a holding capacity of 10,000 to 15,000 passengers per hour.

The city already has an existing tram system, and runs microbuses and buses as well.

Providing additional infrastructural support, the metro project aims to reduce traffic congestion in the streets of Alexandria which is said to have been worsening in the last years.