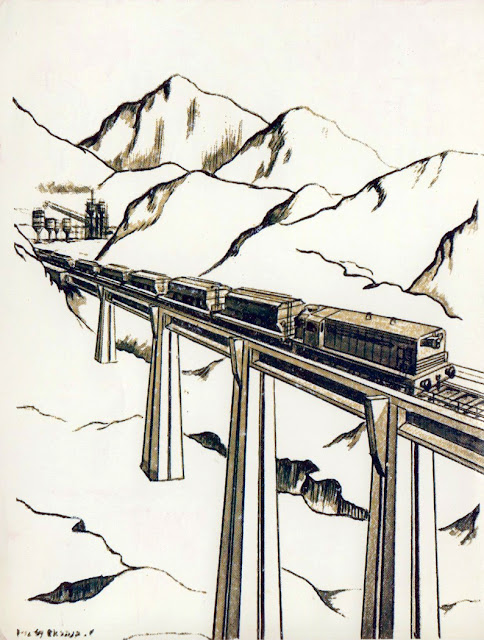 Produced for the opening of the the Dimona Oron railway.  A stamp was also issued:-

"A railway that was constructed to link Beersheba and Eilat in the south of Israel includes a section connecting Dimonah and the phosphate plant at Oron. The entire line was assembled in parts over the years and this stamp was issued in 1970 as a tribute to the inauguration of the Dimonah-Oron section that year.

"The stamp emphasizes the development of transportation in the desert region of southern Israel. It combines a depiction of a camel -- once the only form of transportation through the arid land -- with a train that crosses the rapidly inhabited and cultivated region. The tab shows the symbol of Israel's train authority, Rakevet Israel." (Israel Philatelic Foundation) 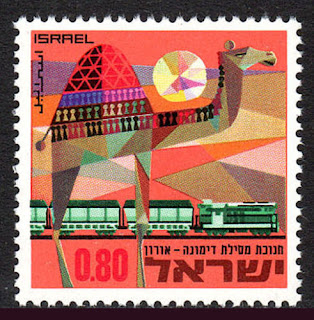