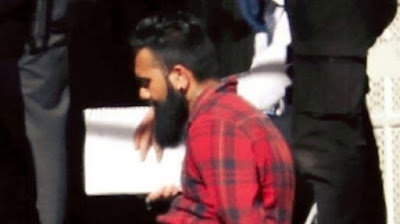 Fourteen people have been injured, several of them critically, after pedestrians were mowed down by a car in Melbourne's CBD in what police say was a "deliberate act".

A white SUV showed no sign of slowing as it hit people at the busy intersection of Flinders and Elizabeth streets about 4.40pm, including some waiting at a tram stop.

Don't waste courts and jail time, one quick flight on the next air force transporter, drop em in the Southern ocean, marked as terrorist so no ships/boats pick em up.