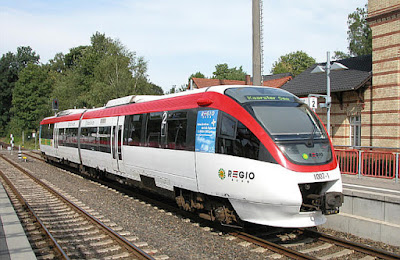 A central German regional railway is launching a special women and children only area for their trains, a move which has triggered controversy.

The announcement from the Mitteldeutsche Regiobahn came earlier this week, with the network stating the new compartment on their Leipzig to Chemnitz run would admit women and young children only.

To ensure maximum peace for those choosing to travel in that compartment, not only would it be sandwiched between the service’s two quiet cars, but it would also be next to the on-board office of the “customer service representative, traditionally known as a train guard or ticket inspector. The company said “the local proximity to the customer service representative is chosen deliberately”.

Yet despite the recent mass sex-attacks in Germany, and the official advice to young women that the best thing to do is to keep groping migrant men “at arms length” to prevent rape, the railway denies the segregated trains has anything to do with sexual harassment.

Well, if the railway stated the obvious, it would be the target of the Muslim-loving Mama Merkel's Gedankenpolizei (thought police).
at 1:42 PM