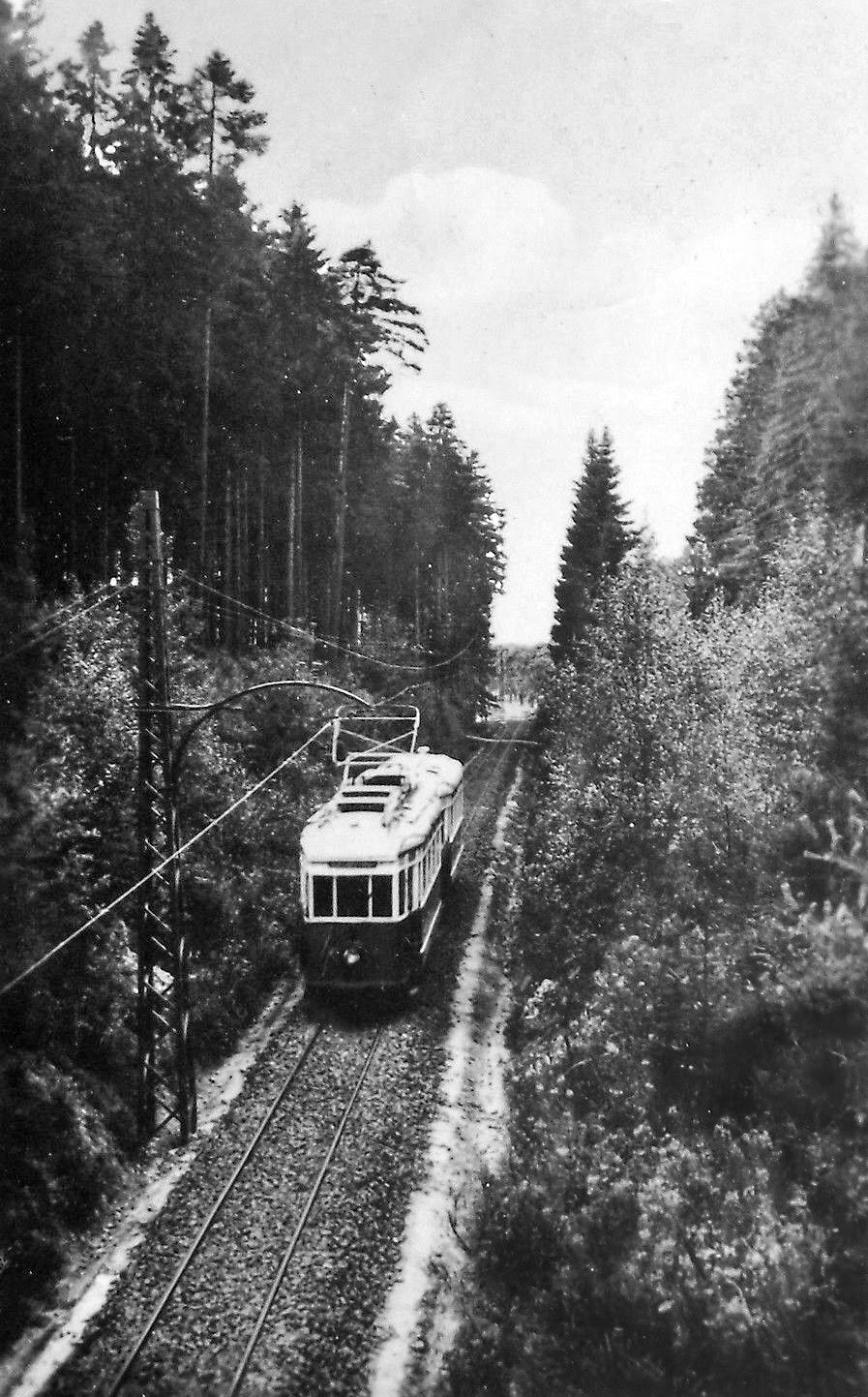 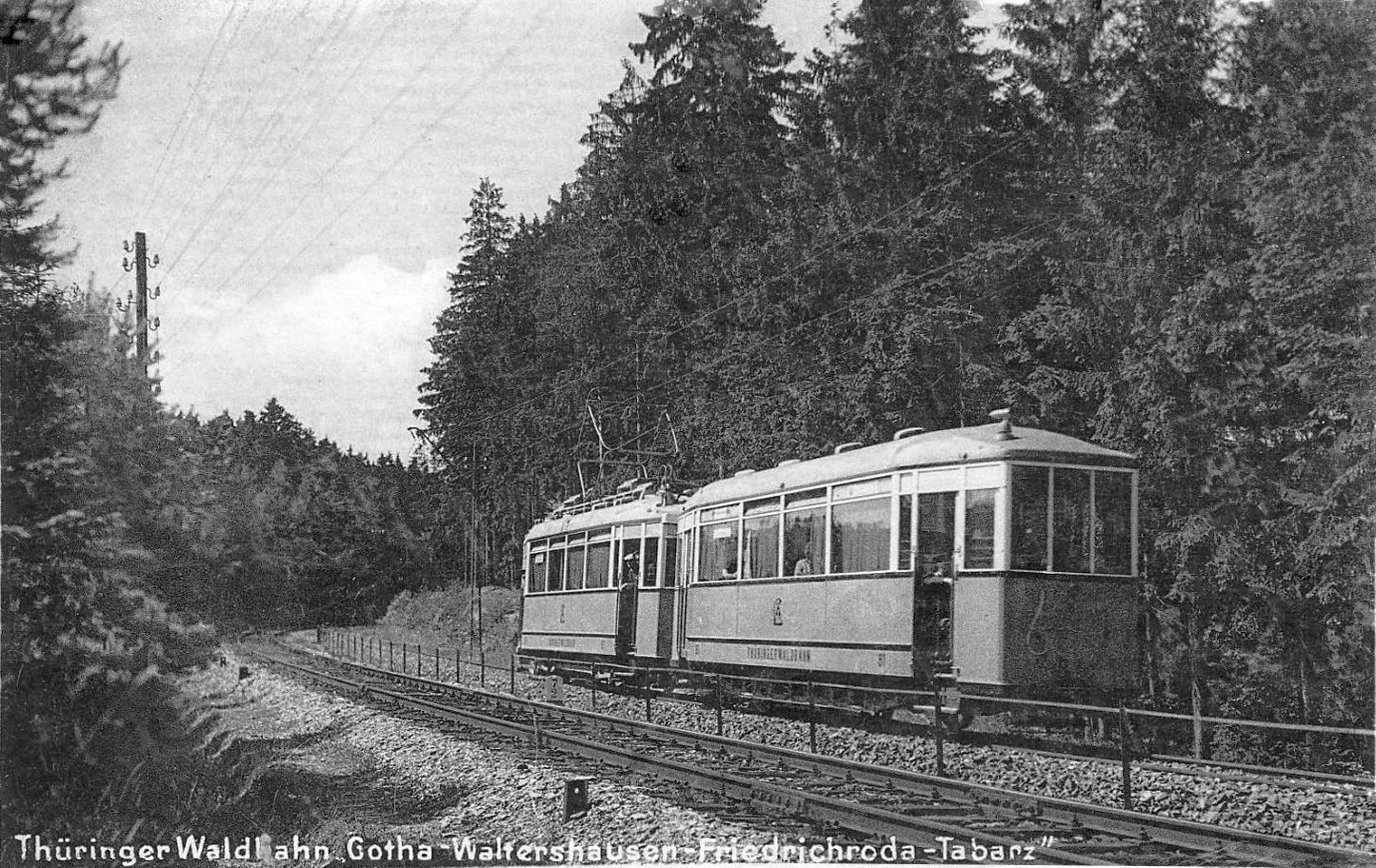 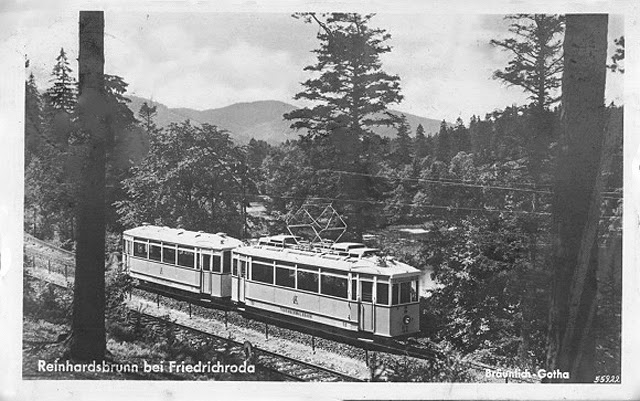 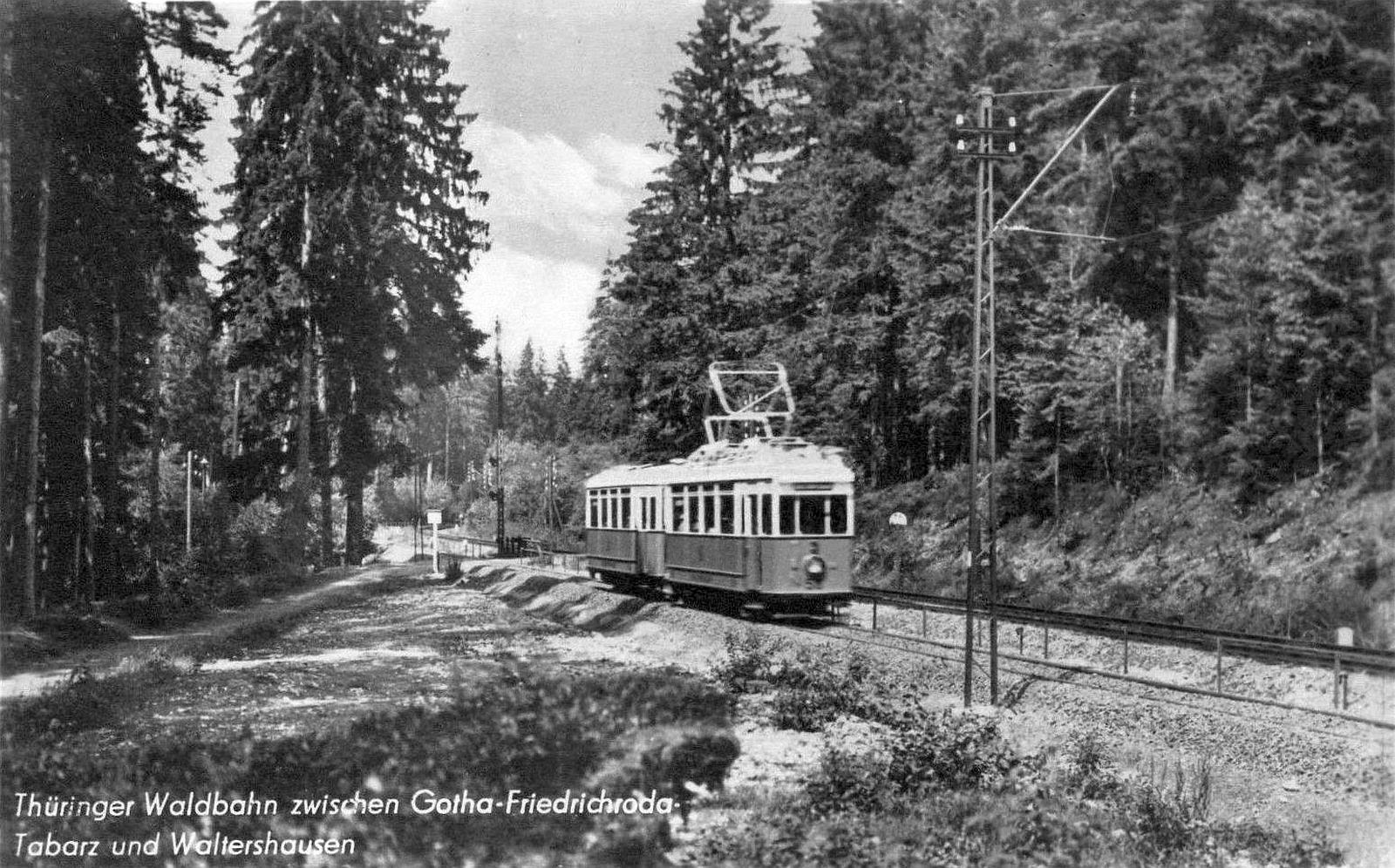 Construction of this 22 km (13.7 mile) metre-gauge tramway (or as it would be termed in North America, interurban) between Gotha and Tararz through the Thüringer Wald or Thuringian Woods began in 1897 but took a long time to be realised.  Inauguration of the electrified line (at 600 Volts) was on 17 July 1929 and the rolling stock consisted of ten railcars, seven trailers and a baggage car. Top speed was 50 km/h (30 mph).

In DDR days an addition was made in the form of a 2.4 km branch 14 km from Gotha, to Walterhausen, opened on 1 November 1971. A further construction via Fischbach to Winterstein was cancelled.  Since 1991 it has been operated as part of the Gotha urban tramway.  In 2002 a loop to serve a hospital at Sundhausen was opened.

These pics look to be from DDR days, but could be earlier.   More on this webpage
at 10:52 AM