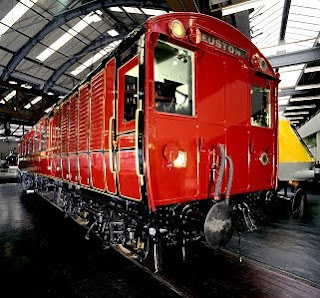 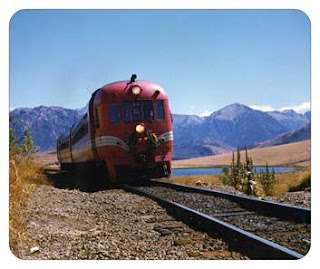 To mark this occasion we have produced a computer mousepad using a scene (above) which was left out of that book, as it was received past the printing deadline. This is available for $15 in our shop.

These railcars at different times served all provincial centres in New Zealand (except Westport and Alexandra) from the mid-1950s until they were withdrawn in 1978 - a true halcyon era in NZ rail passenger transport history.

And on the subject, why is it that a small number of railfans in NZ refuse to call them Fiats and instead insist they be called Drewrys? True, the order was placed with the Drewry Car Co. of England, but this was a sales organisation for most of its life and used sub-contractors to do the actual constructions. The bodies were built at Birmingham Railway Carriage & Wagon Co. with the engines from the Fiat company of Italy, and hence the origin of the most popular unofficial name. NZR only ever referred to them as the articulated railcars, and therefore Drewry has no more legitimacy as a name than Fiat.

Another railway example of a popular unofficial name resulting from only a part of the equipment used was the 'Oerlikons' of the London and North Western Railway. These electric multiple units were built by Metropolitan-Cammell in Birmingham, but the name came from their electrical equipment which, after the outbreak of WWI, had to come from Oerlikon in Switzerland rather than from Siemens in Germany. One of these sets is now in the British National Railway Museum in York.
at 12:02 PM