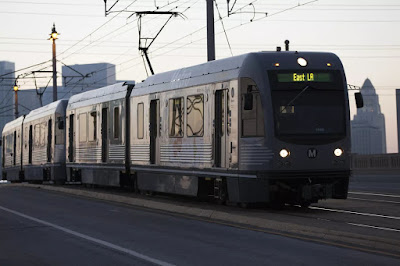 That’s a “massive hit” that could jeopardize the transit agency’s future plans. Metro is one of 10 public transportation providers seeking $25 billion in aid from Congress to cover financial losses related to the novel coronavirus pandemic.

Given that most businesses are now closed and many Angelenos are temporarily out of work, Merton CEO Phil Washington says the agency is expecting to “take a massive hit” in lost sales tax proceeds over the next few months, amounting to as much as $700 million.

Without an injection of new funding from the state or federal government, the agency’s plans for future operation and expansion could be impacted.

With ridership plummeting and sales tax revenue on the decline, transit agencies nationwide are struggling to continue operating trains and buses.

Speaking to reporters last week, Washington said that ridership—and, thus, fare revenue Metro collects from passengers—has plunged between 50 and 60 percent since local officials ordered schools and businesses closed to stem the spread of the virus.

That’s not the agency’s most pressing financial concern.