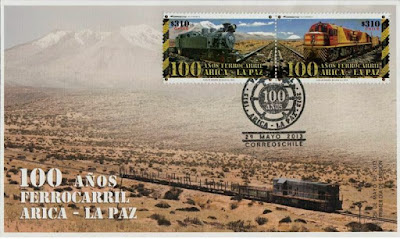 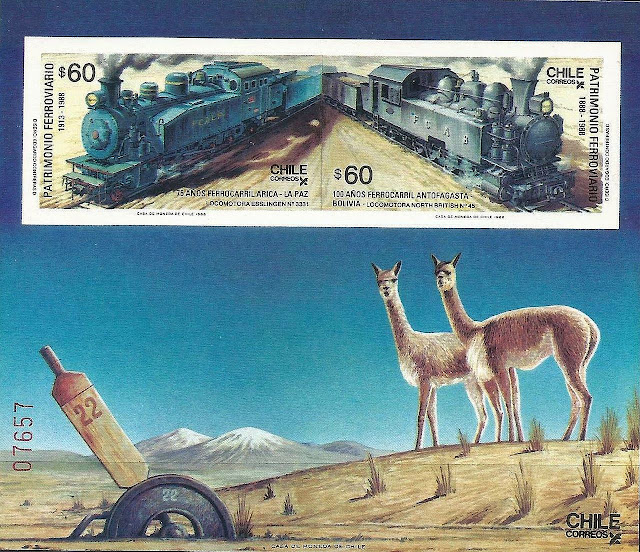 The Arica–La Paz railway or Ferrocarril de Arica–La Paz (FCALP) was built by the Chilean government under the Treaty of Peace and Friendship of 1904 between Chile and Bolivia. The railway line was inaugurated on 13 May 1913 and is the shortest line from the Pacific Coast to Bolivia. It is 440 km (273 miles) long, of which 233 km (145 miles) is in Bolivian territory. The Railway is meter gauged. However, until 1968, it was rack worked over a 43 km section on the Chilean side between Central and Puquios. The line reaches a height of 4257 meters above sea level at General Lagos. The Chile - Bolivia border is crossed between the stations of Visviri and Charaña. When the railway is in operation, it is used for the export of Bolivian minerals and some agricultural production as well as the import of merchandise into Bolivia.

Construction was started by the Chilean Sindicato de Obras Públicas, then continued under direct Chilean government supervision and was completed by the British company Sir John Jackson (Chile) Ltd., which carried out the major part of the work. It has 7 tunnels.