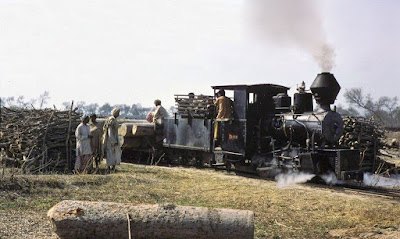 Built by John Fowler in Leeds, England, in 1936 seen here in use by the 2 ft gauge Changa Manga Forestry Railway near Lahore. ".. the forest was planted in the 1860s to provide fuel for main line steam locos!" The railway "continued in operation sporadically until around 2006. A 6 km section is still kept open as a tourist attraction and two of the Fowlers are still believed to be in working order."