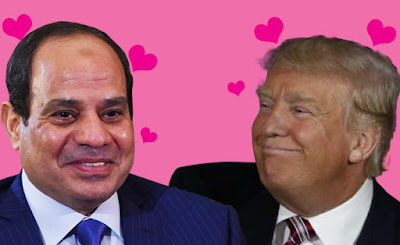 According to Politico, Trump’s controversial candidacy just got a whole lot more controversial after the GOP nominee profusely praised Sisi during their meeting on Monday and promised that, if elected, he would invite the Egyptian President to the White House, and suggested he would like to visit Egypt.

The Trump campaign released a summary of the meeting in which they said that the Republican nominee expressed "his strong support for Egypt’s war on terrorism, and how under a Trump administration, the United States of America will be a loyal friend, not simply an ally, that Egypt can count on in the days and years ahead.”

Trump is also said to have emphasised to the Egyptian President "his high regard for peace-loving Muslims.” He also expressed his "great respect for Egypt’s history" and "great fondness" for its people.